We have received some good news from the organ restorer in which he tells me that part of the school’s Compton War Memorial organ has found a new home in Nairobi Cathedral, Kenya.

”Old Secundrians may recall that some years ago the school’s War Memorial Compton organ was found in store at the Baffins site. With the agreement of Portsmouth College it was “rescued” and transferred to an organ restorer in Devon with a view to it finding a new home. Since then, the restorer has worked on it but due to a variety of factors he found that it had not been possible to find a taker for it. So, some while ago the Association agreed with the restorer that he would cannibalise it and utilise parts where there was a need.

The Association has now heard that the largest of the organ’s pipes, the Compton Polyphone which produces a very low note providing the deep bass sound, is to find a new home in Nairobi Cathedral, Kenya and is currently in transit. It should arrive and be reassembled in the Cathedral early next year.

The Association has asked the restorer to arrange for a plaque to be placed by - or preferably attached to - the relevant pipe with a suggested wording of: ‘The Compton Polyphone pipe on this organ was originally part of the World War Memorial Compton organ at the Southern Grammar School for Boys, Portsmouth, England’.

Good news indeed. Two images of the Polyphone pipe are shown below. 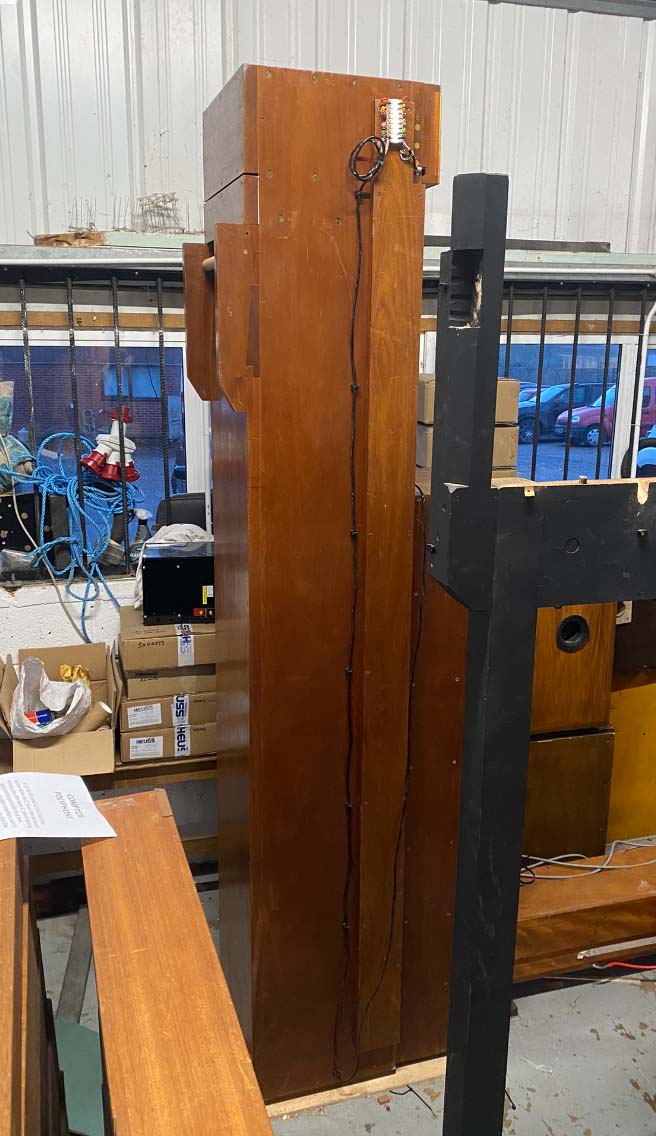