Traditionally, the Association has marked the passing of Old Secundrians by remembering them at the annual dinner. The Association's Committee decided in 2011 that a more fitting and permanent tribute would be to record their passing on the annual dinner menu card and then to invite friends to lodge obituaries on the website. Accordingly, this page is given over to recording those tributes.

I first met Graham at the Southern Grammar in January 1960 when I joined his class. We then continued to be friends through the years including the sixth form. For many years he was top of the K class. His wife, much later in his life, said that Graham always enjoyed school. He was very gifted particularly in science subjects but was also musical playing the violin. At some time, probably when we were 17, we started meeting in the evenings and I remember going to the Manor House pub in East Cosham to play bar billiards with a couple of pints. He lived in Lower Drayton Lane and his mother, father, grandmother and sister Brenda always made me welcome there. I spent many a New Year's Eve there, later my wife too. When Graham left school he went to Oxford for his first degree then a Ph.D. I remember visiting him in Oxford.

When he left Oxford he went to Heriot Watt University in Edinburgh where he spent nearly all his working career. I know he was well-respected there. Again we visited him in Edinburgh sometimes but not enough in retrospect. He was god-father to our younger son since 1982. Graham came to our wedding in 1972 deriving a Post Office van. It caused some amusement as it was still red. I remember after meeting him in Portsmouth one time he was driving back to Edinburgh in it. It broke down at the top of Portsdown Hill. The AA delivered it, and him, to Edinburgh.

When he was at University he developed a passion for Balkan music and made many journeys there over the years. He was probably the best player of the Gadulka in the UK. With my love of trains he made me jealous when he said he returned once on the Orient Express. But it was well past its prime and he had to stand much of the way. A friend in Edinburgh said this: “He is such an easy going person to get on with and has a wicked sense of humour, we can still remember so many hilarious moments .” I sent to Jane, his wife whom he knew for thirty years: “I shall always remember him as he was, cheerful, very clever and fun to be with.” So true.

Chris was born in wartime Portsmouth and lived in Hilsea and then Victoria Grove Southsea. He attended The Southern Grammar from 1952-59 first at Highland Road and then the brand new premises at Baffins.
In 1959 he joined the BBC in London to train as a Television Cameraman working at their West London studios until transferring to Outside Broadcasts in1975, eventually rising to Camera Supervisor and Lighting Cameraman.
His work took him all over the world, working on mainly single camera shoots, but he also covered many major sporting and national events, including Olympics. He was also a specialist motorcycle cameraman.
He took early retirement in 1996 but continued freelance work for another 10 years. He married Heather in 1982 and son Jonathan arrived the following year.
I first met Chris in 1966 when I too joined the BBC and we soon discovered we had much in common, growing up in Portsmouth, attending the SGS, and even having the same Saturday job in Robin Thwaites model shop!
We both attended the OS annual dinners together for over 30 years. In retirement we enjoyed many trips around Europe pursuing our interest in military history.
Chris died on 30th December 2019 aged 78 years.
A gentle man and dear friend, much missed.

Courtesy of The News Portsmouth 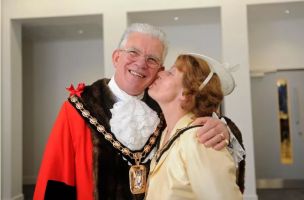 Picture courtesy of The News, Portsmouth

TRIBUTES have been paid to a beloved husband, councillor and former mayor who ‘bent over backwards for his constituents’ – even after he was told he had just six months to live.

Gerald ‘Gerry’ Shimbart, 74, died in the care of the Rowans Hospice on Tuesday, February 19 after an 18-month battle with stomach cancer. 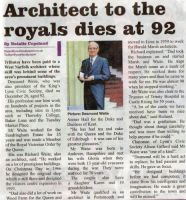 In 1943 Dicky went to Winchester College of Art to study to become an architect - inspired by a teacher who had spotted his ability in art classes. We kept in touch but in 1945 he was called up to join the Services. He chose the Royal Engineers and spent 15 months in Malaya - he always said he had actually enjoyed his army training and service.

We got engaged before he went abroad and on his return in 1948 we were married although he went back to College, this time in Portsmouth, to complete his qualification as an architect which took several years. He then obtained positions in the New Forest, Chippenham and Portsmouth.

We moved to King's Lynn in 1959 with our daughter Karen, aged ten and our son Richard aged six. Dicky was able to purchase a thriving practice when, after 6 months, his new boss died suddenly but he had little experience of dealing directly with clients or actually running an office. However, with his usual determination, desire and diligence which he applied to his own practice it became extremely successful eventually employing 3 secretaries and 5 assistants. Work came in for churches (at one time he had 50 to inspect and look after) and almshouses (about 40 to improve and renovate) all over Norfolk and Suffolk. And, being so close to Sandringham, he was asked to help with a problem on a farmhouse on the Estate. This led to work for Sandringham Estate for 35 years culminating in the design and construction of a new large Visitor Centre which included a 200-seater restaurant, a souvenir shop, tea room, flower and plant stall and ice cream counter. In the 1970s and 80s he worked on Anmer Hall for the Duke of Kent and for the Duke of Edinburgh on solar panels (when it was a recent invention) on staff quarters at the Queen's smaller private house.

He met the Queen, Prince Phillip and Prince Charles on many occasions, even taking tea with them in their private sitting room at the Palace, but he was always discreet about these meetings. As a result of all this work, in 1994 he received an MVO (Member of the Royal Victorian Order) which was presented to him at an investiture at the Palace for personal services to Sandringham Estate. During this time we went to Garden Parties at the Palace and three cocktail evenings at Sandringham House.

He was also sponsored by Sir Bernard Fielding to become a Fellow of the R.I.B.A for his contribution to architecture. In King's Lynn itself he worked on buildings of all kinds, always considering the heritage of the area. He belonged to the Round Table, 41 Club, Chamber of Trade, Business and Professional Men's Club, Conservative Area Advisory Panel, was a Committee Architect on the National Association of Almshouses and President of the King's Lynn Civic Society. All this kept him in the public eye and contributed to an extraordinary and productive life richly deserved due to his talent, imagination and work ethic. His last design, in his late eighties, won the Mayor's Award for Design in the Environment, a fitting last tribute to him.

His full name was "Desmond Kenneth" and "Dicky" evolved after a teacher noted his initials "D.K". 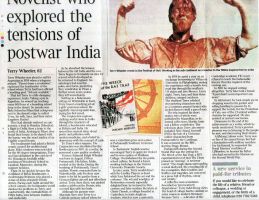 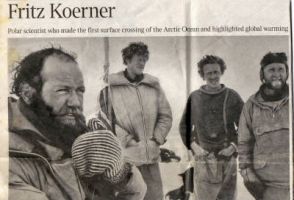 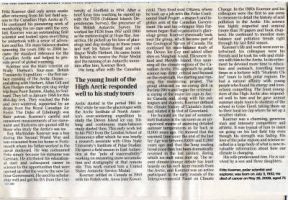 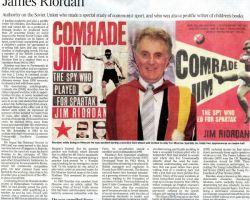 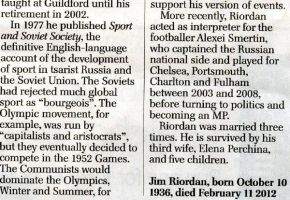 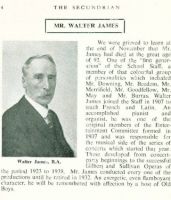 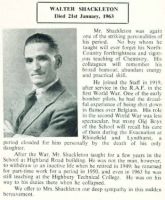 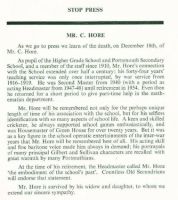 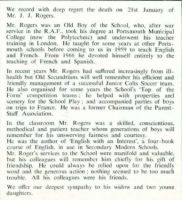 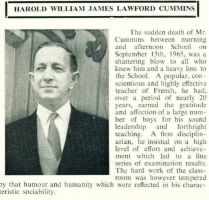 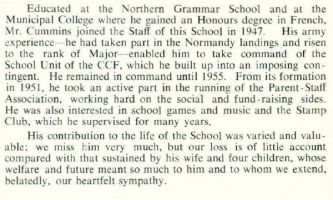 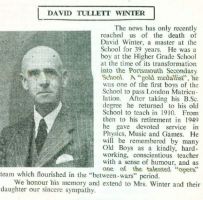 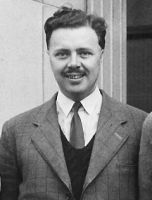 Mr W. L. Blake - French master, who joined the school in the mid 1950s. He passed away in June 2011 aged 83. See the Obituary Section (above) for a copy of the Tribute that was read out at his funeral. 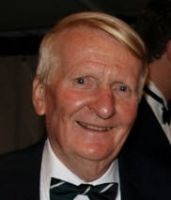 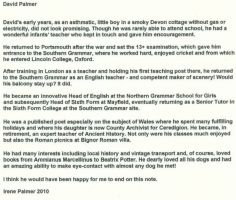 Mr M P Butterworth, who taught Economics from 1959 until 1966. He died, aged 76, in March 2011.The Obituary notice was written by Kenneth Shenton, Archivist at the Arnold Scool, Blackpool and is reproduced with his kind permission

The following obituaries are all PDF files that can be viewed, printed and/or downloaded. Just click on any of the links to view in a new tab.