This sub-section is given over to "Old Secundrians" items of general interest other than the annual dinners. 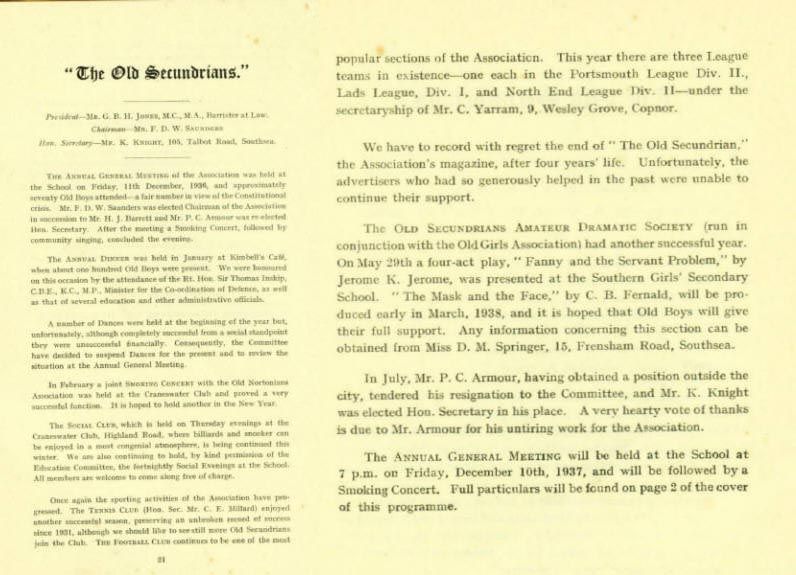 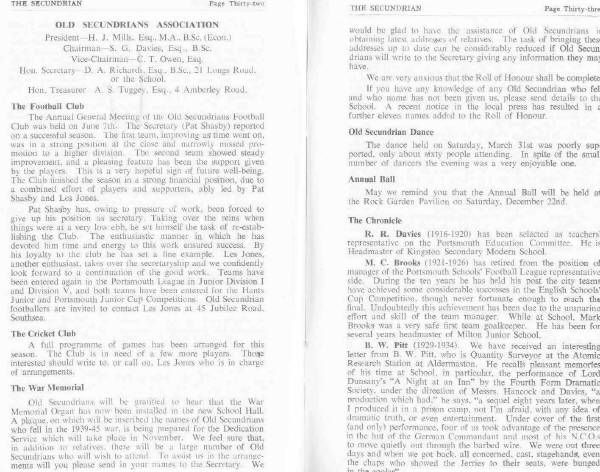 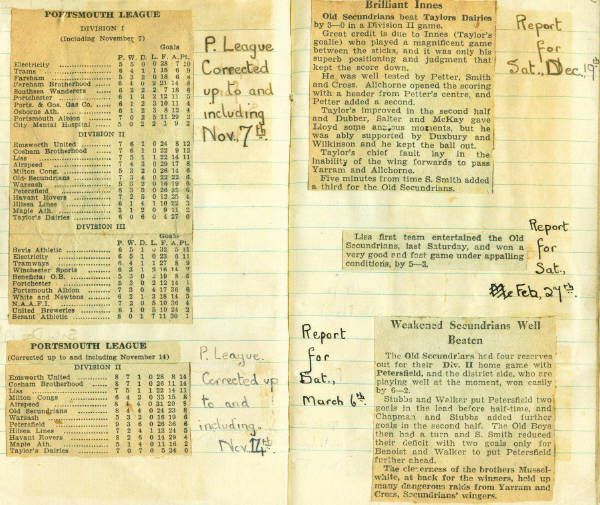 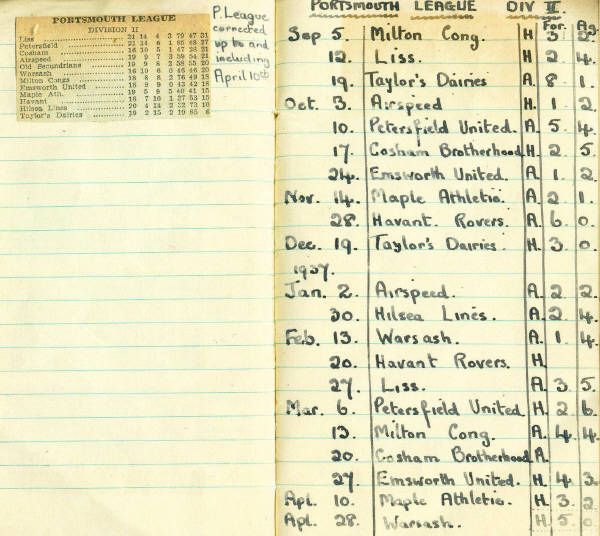 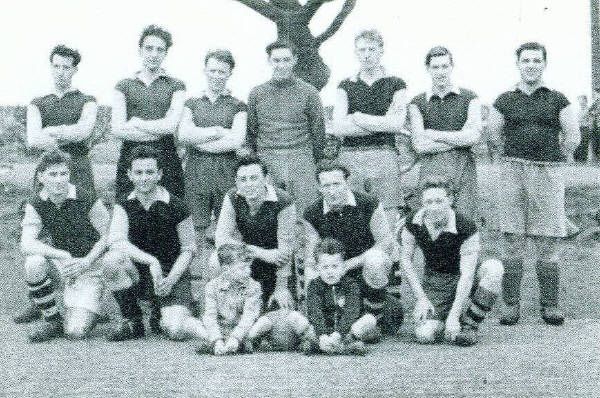 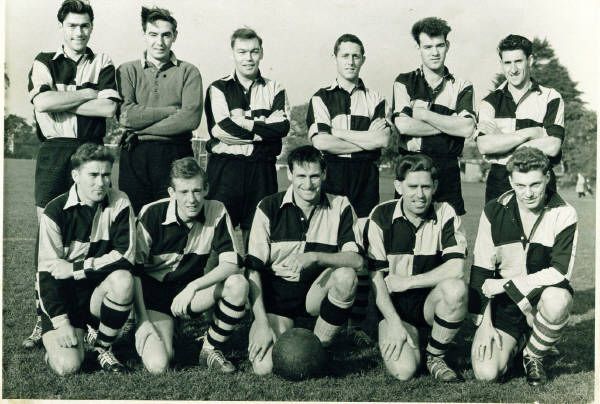 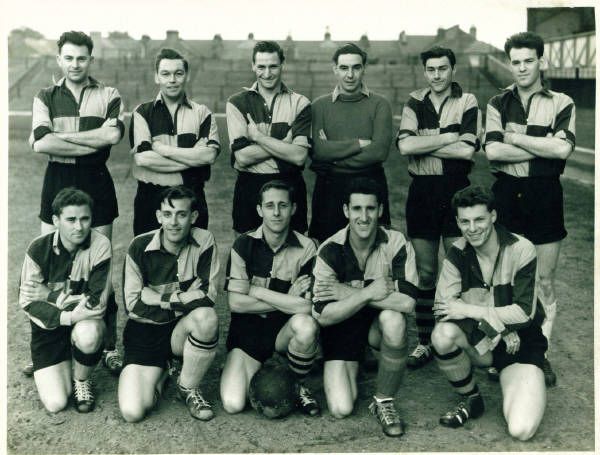 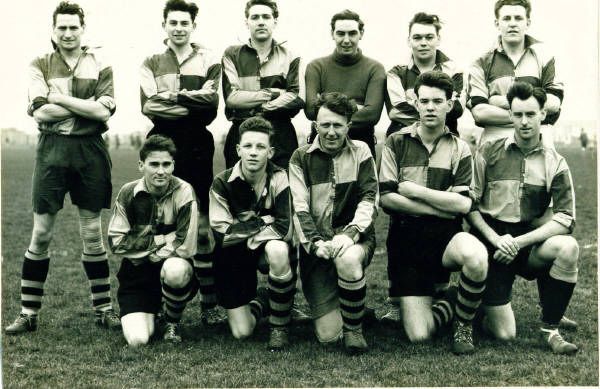 Shown below are some highlights from selected Secundrian magazines and the 2-3 pages given over each time to the Old Secundrians Association:

Harry Mills was president and there was a Chairman, Vice Chairman, 2 Joint Secretaries and a Treasurer. There was an AGM, an Annual Ball at the Rock Gardens and the Annual Dinner held at the Corner House on Feb 27th in the presence of the Lord Mayor. OS members were delighted that Mr Collier had travelled from Aberdeen to attend.

The OS football side had their best ever season finishing top of the Portsmouth Premier League and winning the Portsmouth Senior Cup at Fratton Park.

The magazine led with the death of Mr Collier (62). The obituary read `His period as Head.....though short, was most successful and lasting in its effect`.

The AGM was badly attended. `No doubt the position of the School on the eastern boundary of the city kept people away `

News of Old Secs: RR Gilfillan 1937-42,capt. coach and centre forward of Chichester FC who had won through to 1st round of FA Cup losing to Bristol City

HJP Arnold 1944-51 who was foreign editor of the Financial Times.

There was a revival of the Old Boys v School cricket match and members were reminded of the OS annual subscription of 5/-.

The AGM was slightly better attended but still very poor, although the accounts were in a `fairly healthy state`.
The Annual Dance was held at Rock Gardens on Dec 23rd Tickets 8/6- and the Annual Dinner was held in Feb 1962

News of Old Secs: There was an obituary for Lieut. Commander FW Neate RN who had died aged 85 and who "was one of 40 boys who attended the Higher Grade School when it opened in November 1888. For a number of years he was Father of the House at the Annual Dinner".

The Annual Dinner was again held at the Corner House in the presence of Councillor Evans, Deputy Lord Mayor and an OS member. A new, young chairman MJ Griffin 1952-59 replied with a witty speech .

News of Old Secs : ERH Way 1913-17 now living in Papua New Guinea was Garrison Commander in Kuala Lumpur 1947-50 retired after 31 years in India, Burma and Malaya. He had recently been sent a copy of The School History (author - Arthur Hitchins) by his brother RW Way 1922-27 which had brought back memories of affectionate respect of masters including The Doc (Dr Parks), Charlie Beedam, Flipper Downing, Dizzy Winter, Hoppy Toogood and Father James.

JJ Rogers 1935-39 now on the Staff has produced a book `English with an Interest` illustrated by M Daw 1941-46 for use in Grammar schools.

D Ingles 1954-60 is studying Chemistry at Wadham Oxford where he has rowed for the Rugger eight!

News of Old Secs: P J Shasby 1936-40 working in San Diego discovered P Jacques working "just across the freeway" and they have set up an Old Secundrians California branch.

Obituary for T Johnson (1915-18). Headteacher of Portchester School, his son was working on the Staff until recently.

The Old Secundrians football club narrowly escaped relegation from the Portsmouth Premier League - thanks largely to Peter Higgins (1957-63). Leaving school, he went straight in to the first team. "To his performances in goal in the last vital matches, the Club owes its right to remain in the Premier League".

The Annual Dinner was well attended and Sir Stanley Rous, President of FIFA was guest of honour; thanks to Mr Vernon Stokes for bringing him.

An obituary for Harold Steed. "Thousands of pupils who have attended Southern Secondary School will have memories of him where he was popular master".

A 75th Anniversary edition - the OS section was enlarged to celebrate this. Comment that "The ranks of those boys who assembled on that day in November 1888 in the room above Pinks in Commercial Road, have been sadly thinned by time ."

The 1921 vintage met for dinner at the Continental Cafe for "persistent chatter and reminiscences seen through rose-coloured spectacles".

The AGM was poorly attended and thought was given to the idea of closing down the Association as so few new OS had come forward (Ed: Thank heavens they didn't. And we are now approaching 500 strong).

News of Old Secs: AE Hitchens (1889-91) finished his career as Head of Court Lane School in1941, the school still had a copy of Science Certificate awarded to him in 1891.

"Well over 150 Old Secundrians and friends sat down to dinner at the Beach Hotel in February to celebrate the 75th anniversary of the opening of the School". Much effort had been made by Vernon Stokes in arranging it. There was an excellent cabaret which concluded the entertainment.

The Committee asked for Year Secretaries who would drum up increased membership within their own particular year group.

The football team won the Hants Six- A- Side Tournament.

The football fixture versus the School was to be revived and the cricket match was played again The Old Secundrians side - with a strong link to Mayles CC - presented a cup to be contested in the future. Old Secundrians were successful on this occasion.

News of Old Secs: SJ Wickens (Higher Grade) recently retired to Vancouver. His last post was as vicar of St Martins in the Fields.

BE Wratten (1947-52) while serving in RAF was one of the first to land on Christmas Island after the H bomb test. Now back home and stood in recent local elections as Liberal candidate for St. Simon`s Ward.