The Senate was formed by the new Headmaster (Mr Mills) soon after his arrival in 1947. By this time many more boys were staying at school until they were 18; many had great potential and to encourage them further Mr Mills replaced the Prefect system with a Senate.

This was an experiment in self governance the Senators being nominated and elected by boys in the Upper School whereas the Prefects had always been nominated by the Headmaster and the staff. Initially the system reflected many of the disadvantages of many democratic systems - apathy and ignorance of the electors, unsuitable candidates and a tendency to elect the popular rather than the worthy - but restriction of the franchise and a system of co-option rectified these faults and the system worked very well.

The Senate chose its own Consul and Pro-Consul (corresponding to Head Prefect and his Deputy) and learnt to use its powers and exercise its responsibilities in the best interests of the school and its pupils.

Senators were distinguished by a different school tie and gold and black braided edging around their jackets. 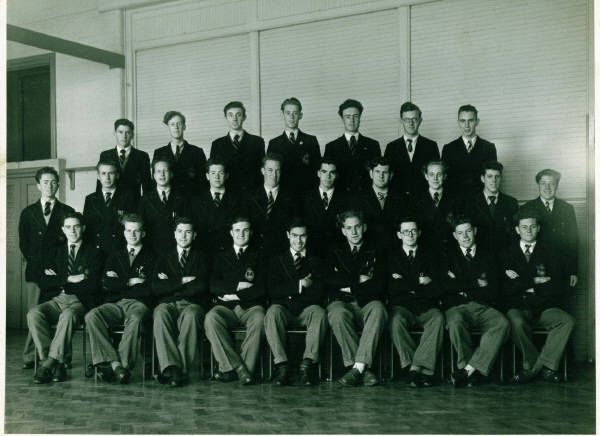 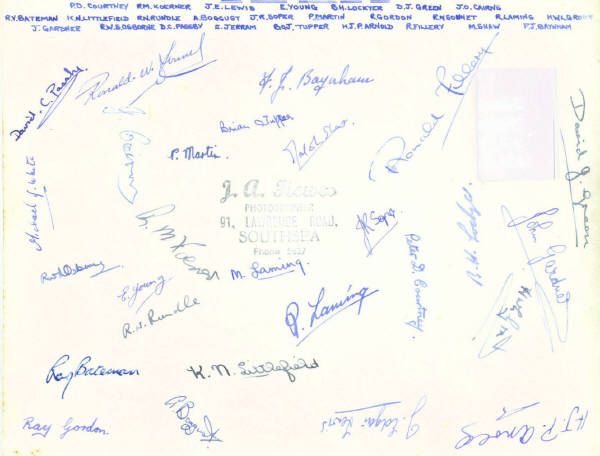 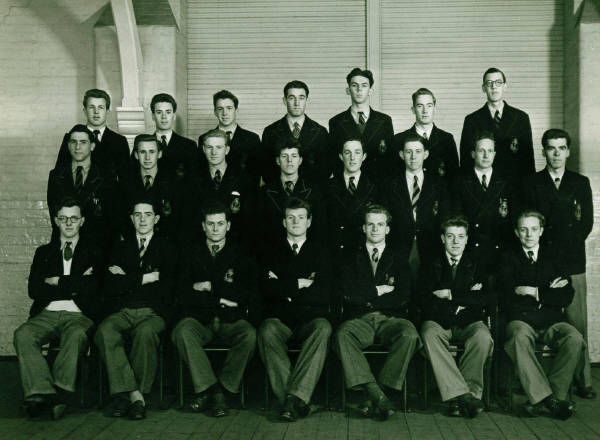 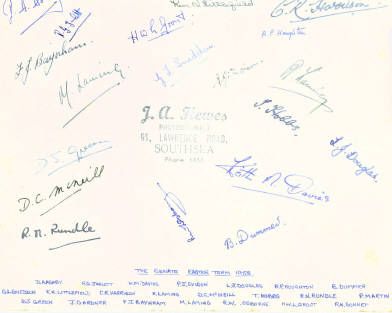 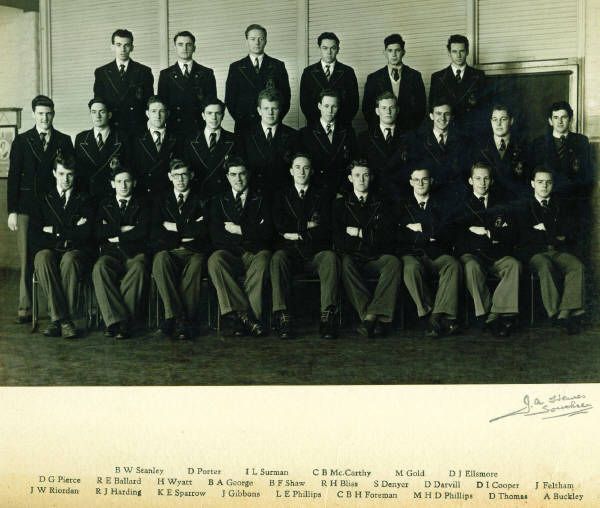 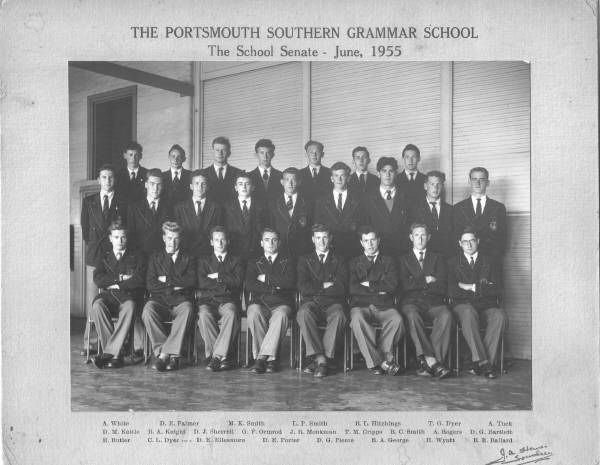 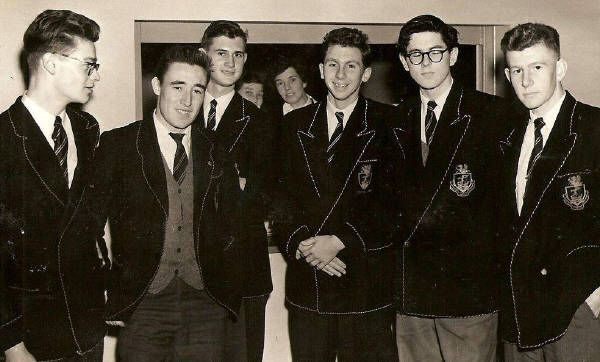 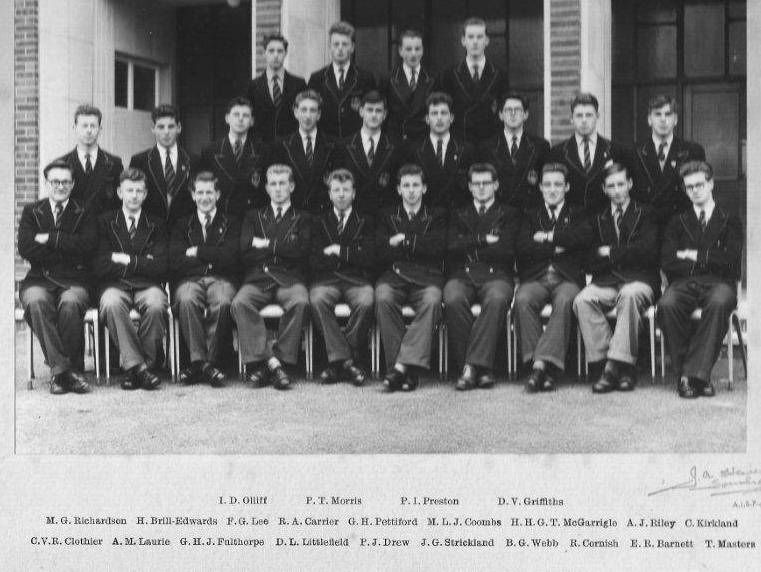 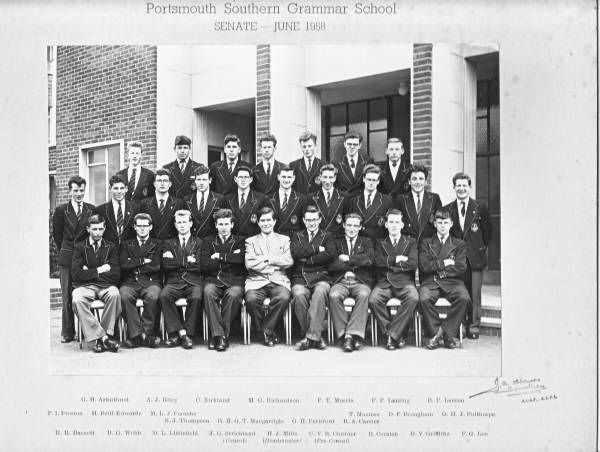 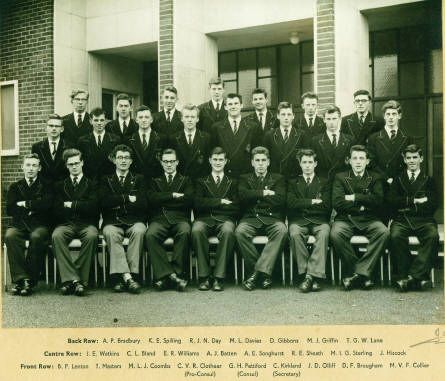 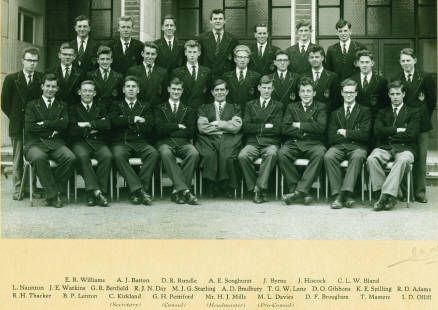 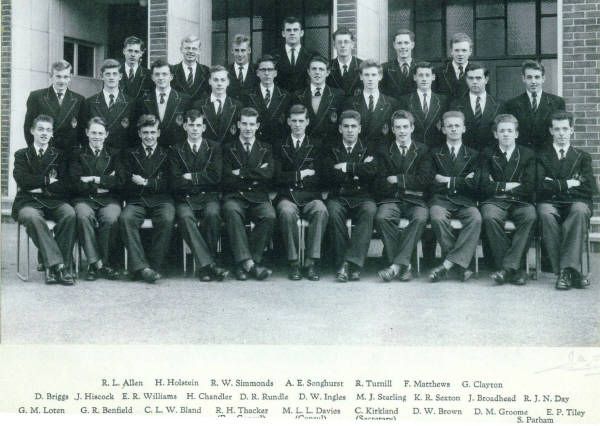 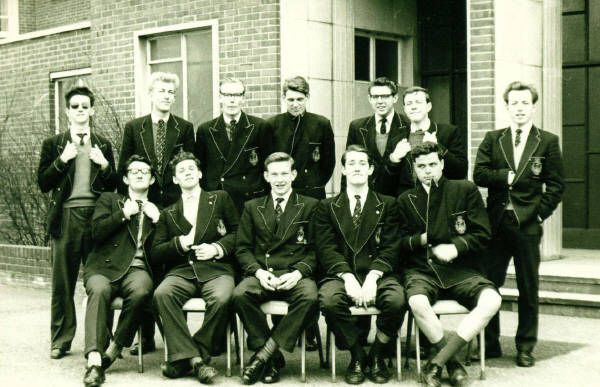 Another version of the Senate!! About 1960 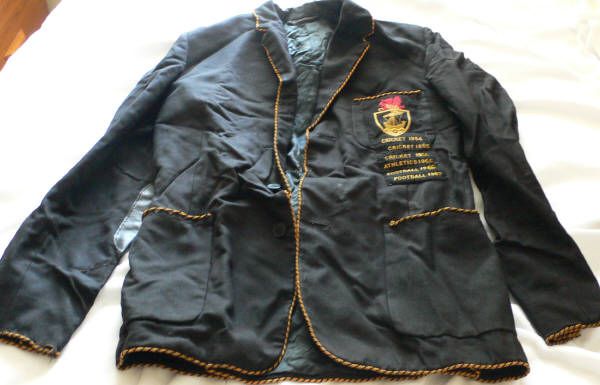 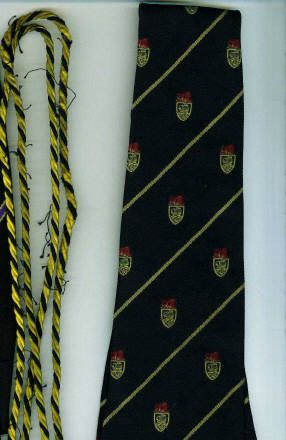